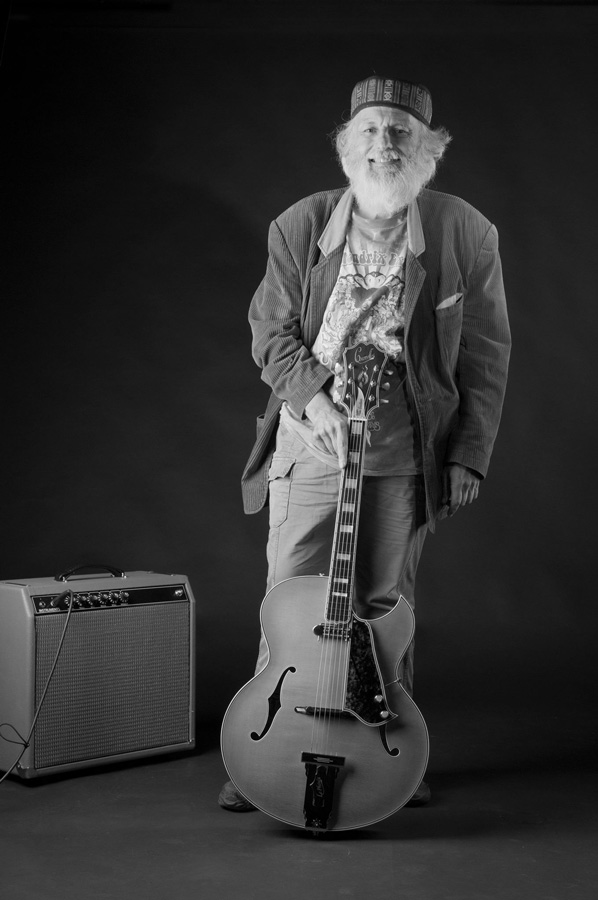 Michael Gauthier’s soulful approach to the jazz guitar follows Aaron Copland’s philosophy: «Music should be as simple as possible but no simpler.» A self-taught improviser, Gauthier’s prowess as a performer has placed him on stage with numerous internationally known jazz stars. His playing style evokes the human voice and is influenced by guitarists Kenny Burrell, Grant Green, and Robert Johnson, and singers Ray Charles and Jimi Hendrix. His compositions incorporate dancing rhythms, lyrical conversations and a touch of blues. A favorite on the club and festival scene, he can be heard regulary on both local and national radio broadcasts. Mike teaches Jazz at l’Université de Montréal, McGill, Bishop’s, and l’Université de Sherbrooke and has also been a jury member for the Alcan Canadian Jazz Competition and le Ministère des Affaires culturelles du Québec.

“…Michael Gauthier is the group member that struts his technical ability. He played the most adventurous solos of the total festival, as with Nat Adderly’s Work song, which he removed from the realm of the purely melodic to raw feeling.”
Janet Coutts, The Westmount Examiner

“…Mike Gauthier strapped on his guitar and promptly lashed out with a terrifically soulful solo.”
John Sobol, The Montreal Gazette

“…(He) both exploits the blues element of the tune and affirms its melodic richness.”
Johan Sarazin, The Downtowner

Mike Gauthier Quartet - Around Every Corner (I Look For You) (First Installment, 1995)

The Mike Gauthier Quartet - The Devil Made Me Do It (Reflexions in Blue, 2000)

Mike is available and can be contacted for private lessons, workshops and masterclasses.